The reports have been released in partnership with industry-funded state think tanks with ties to the Koch brothers and other fossil fuel special interest groups. 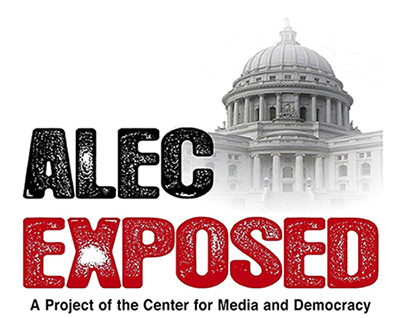 A series of 16 supposedly “academic” studies opposing the Obama administration plans to limit carbon pollution were written by the Beacon Hill Institute (BHI) and funded by a grant passed through a corporate-linked front group run by Richard Berman, according to reports published today in The Guardian.

The reports have been released in partnership with industry-funded state think tanks with ties to the Koch brothers and other fossil fuel special interest groups, and pitched to advance the agenda of model legislation from the fossil fuel-funded American Legislative Exchange Council (ALEC).

According to a spokesman for Suffolk University, additional reports will be released in: Minnesota, Mississippi, Nevada, Tennessee, Virginia, Rhode Island, Washington, Ohio, Alaska, and Utah.

The state reports were released jointly by BHI, which is a part of Suffolk University in Massachusetts, and organizations from the State Policy Network (SPN). Both BHI and SPN have received funding from the fossil fuel industry and from a number of funding bodies connected to the Koch brothers.

Beacon Hill Institute is Not a Credible Academic Source

Beacon Hill Institute’s economic model, STAMP, which has been used to assess the impact of the EPA Clean Power Plan and other policies aiming to reduce climate pollution, has been roundly criticized. Regarding the reports on renewable energy standards, Frank Ackerman, a Harvard PhD and Senior Economist with Synapse Energy Economics, Inc. said the Beacon Hill Institute models contained “wild overstatement(s) of the cost of wind energy, assumed that expensive backup capacity was always needed and running when wind energy was used, inflated the price of new transmission capacity, and overestimated job losses due to assumption of ‘hypersensitivity to tax rates.’”

Furthermore, a 2009 climate change study from BHI and Wisconsin Policy Research Institute, another member of SPN, was debunked by Frontier Group and Wisconsin Environment, which said that BHI uses the “deeply flawed assumption that any government intervention increases aggregate costs to consumers and producers” while failing to count any of the benefits. Additional critiques of RPS studies have appeared in the Portland Press Herald, the Maine Morning Sentinel, and the Washington Post.

BHI has never put out a study offering potential solutions to global warming, but has routinely attacked climate and energy policy solutions.

BHI is now pursuing a similar strategy (to the attacks on renewable energy standards) of using misinformation and flawed economic modeling to support state legislative efforts that weaken the EPA Clean Power Plan. The Beacon Hill Institute’s economic analysis of the EPA Clean Power Plan inflates the cost of the new rules for existing power plants by a factor of two, and minimizes the regulation’s benefits by nearly ten times when compared with the EPA’s Regulatory Impact Analysis.

The Guardian reports that, “Jay Duffy, a legal fellow at the Clean Air Task Force, said the current BHI analysis of the EPA rules did not meet the usual academic standards. ‘BHI’s interpretation of EPA’s analysis just doesn’t hold up,’ he said. ‘BHI has skewed timelines, underestimated the social cost of carbon, and overestimated the effect on electricity prices. As a result, their study badly inflates the costs and minimizes the benefits of EPA’s draft rules.’”

In 2013, BHI pitched the right-wing Searle Freedom Trust to fund a series of economic impact reports on the effort to reduce carbon pollution under the Regional Greenhouse Gas Initiative (RGGI) in nine states.

BHI’s grant application stated that the success of the grant would be measured by “legislative activity that will pare back or repeal RGGI.” In other words, BHI proposed to pursue biased economic research to support the express goal of weakening a regional climate change policy, and then to amplify those studies via the State Policy Network (SPN).

Suffolk University criticized BHI for the grant language, saying that “The stated research goals, as written, were inconsistent with Suffolk University’s mission” and the Institute “had not followed university rules when it submitted its grant proposal.”

According to Suffolk University, and reported by the Guardian, BHI received funding for the EPA reports from a front group called the Employment Policies Institute, one of dozens of groups controlled by Richard Berman.

The Interstate Policy Alliance (IPA), a subsidiary of the Employment Policies Institute, is working in with SPN on a number of topics, including reports on the EPA Clean Power Plan, studies on the benefits of offshore drilling, and other reports undermining minimum wage laws.

Jordan Bruneau, a spokesman for Berman, confirmed that Berman was funding analyses of the EPA regulations and stated “Currently IPA is working with economists to determine the effects of certain EPA regulations on particular states.” He added, “the research was entirely funded by foundations” but refused to name the funders according to The Guardian.

A fact sheet for one of the 2015 reports, released by the South Carolina SPN affiliate, the Palmetto Promise Institute, listed the IPA as working in collaboration with BHI and their organization. This collaboration suggests the relationship went beyond a mere grant to BHI, but details of what this collaboration involved, and what control Berman & Company staff had over the content of the studies have not been disclosed by BHI or Suffolk University.

Speaking to a conference of energy executives in 2014 while fundraising for another of his front groups, the Environmental Policy Alliance, Berman boasted of his ability to keep his corporate funders secret, according to a transcript of his presentation published by the New York Times:

“People always ask me one question all the time: ‘How do I know that I won’t be found out as a supporter of what you’re doing?’ ” Mr. Berman told the crowd. “We run all of this stuff through nonprofit organizations that are insulated from having to disclose donors. There is total anonymity. People don’t know who supports us.”

BHI and SPN repeatedly work in collaboration to provide the facade of independent “analysis” to advance the legislative agenda of ALEC.

Dozens of reports, drafted by BHI and released by SPN member think tanks at the state level, promote the agenda contained in the model legislation from ALEC. The three groups are closely connected, sharing numerous funders and attending each others secretive meetings. ALEC frequently cites studies from BHI/SPN when advocating for its model legislation with state legislators.

A new ALEC model bill, adopted in December 2014 and titled “Act Requiring Approval of State Plan to Implement EPA’s Carbon Guidelines,” requires that states seek legislative approval for their carbon pollution reduction plan under the Clean Power Plan, and conduct an analysis of the economic impact of any plan to reduce pollution – an effort that mirrors the BHI studies.

The ALEC bill and BHI reports ignore the inevitable costs that will be borne by states because of climate change as well as the co-benefits of taking action to address climate pollution.

So far in 2015, versions of the new ALEC bill have already been introduced in Arizona, Colorado, Kansas, Missouri, Montana, Nebraska, Oklahoma, and South Dakota, Tennessee and Virginia.

David Tuerck, Executive Director of BHI, was a staunch defender of the tobacco industry in the 1970s and 1980s, and was listed as a member of the Tobacco Institute’s cash-for-comments network of academics from 1989.

The Heartland Institute, a fossil fuel-funded front group, regularly promotes the work of Tuerck and BHI, and Tuerck is pitched by the the organization as an “expert” on climate change. Despite this praise from the Heartland Institute, Tuerck is not an expert on climate change. He himself has admitted, “Scientific questions are above my pay grade…I’m not in the business of asking whether the earth is warming.”

Gabe Elsner is the founder and executive director of the Energy & Policy Institute. He is a thought leader on defending policies from attacks by incumbent energy interests and his work has been featured in The New York Times, Washington Post, Bloomberg, The Daily Mail, The Australian, The Guardian, Los Angeles Times, MSNBC, and National Public Radio. The Energy & Policy Institute’s work has protected dozens of public policies that support the growth of the clean-tech industry.